Chat with us, powered by LiveChat

DVCS’s Shave for the Brave Wrap Up:

Home > DVCS’s Shave for the Brave Wrap Up

DVCS’s Shave for the Brave Wrap Up

Federal Election: Be cautious of headlines

How can you contribute to the end of violence against women, today?

Myth Busting with the team at DVCS

Can I leave home if I am unsafe? How can I help my friend who is unsafe?

Do you know how to support someone impacted by domestic and family violence? 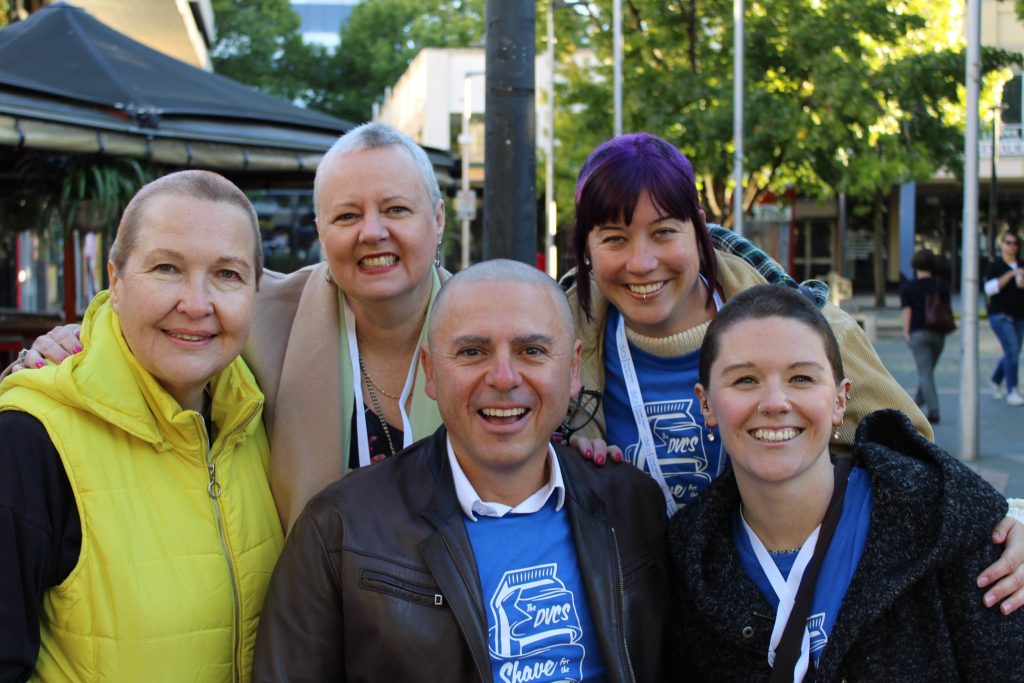 DVCS is overwhelmed with the support received from the ACT community for their Shave for the Brave campaign which ended on 15 March 2021.

On Monday 15 March many fantastic people lined up from 6am to shave their hair in a hope to raise $100,000 for DVCS! Those incredibly wonderful people included DVCS Champions, Adam Shirley and Sue Webeck, Mix 106.3 host Nige Johnson, Canberra Raiders player Sia Soliola, Superintendent Corey Heldon from ACT Policing, staff from DVCS, staff from Icon Water and many other community members.

“We were so pleased to see so many people come forward to shave their hair in support of DVCS and to help us raise money” said DVCS Interim General Manager, Glenda Stevens. Ms Stevens was also one of the those who shaved her hair and together Team DVCS raised over $8,000. Team DVCS consisted of Ms Stevens, front line staff Bogda, Claire and Inez and Board Member Victor Martin.

Another person to shave his hair was Nige Johnson who co-hosts the breakfast show on Mix 106.3 with Kristen Davidson. Kristen is a DVCS Champion who was a major organiser of this terrific fundraiser. “Let’s be clear, I’m not the brave one. I’m not special. The special ones are those working at DVCS and the brave ones are those they support. I’m just using my position to draw attention to their work and raise some of the money they need” said Nige. Kristen, Nige and the Mix 106.3 team raised over $43,000, receiving a donation of over $10,000 from an incredibly kind donor with a very touching story. Thank you, Genevieve.

Gina Commisso, owner of Bombshell Hair Studio, was in charge of the hair shaving. Bombshell started their own fundraising page and raised over $1,200.

“For over twelve months now we have supported DVCS and didn’t hesitate to be a part of this campaign. It was a wonderful event to be part of. We created our own fundraising page, and were so happy to see how much we managed to donate. We are really happy we are able to contribute in multiple ways” said Gina.

All the hair that came off heads was either used to make wigs for people impacted by cancer, or used as hair booms to soak up oil on the Great Barrier Reef.

A huge thank you to community members Rowan, Jeff, Sandy, Chris and Jeremy who collectively raised just shy of $7,000 and are now sporting some beautiful new hair styles!

“We are pleased to announce we raised just shy of $97,000 all up! This is a huge effort and we are so grateful to the community around us for their support. This money will be used to pay for things such as emergency accommodation, groceries and petrol, interstate bus tickets, mobile phones and credit, personal alarms, support groups and other client wellbeing needs” said Ms Stevens.

At this stage, DVCS is undecided on whether Shave for the Brave will run again in 2022. If you’d like to be alerted in the event it does, please sign up to the DVCS mailing list.

Federal Election: Be cautious of headlines

How can you contribute to the end of violence against women, today?

Myth Busting with the team at DVCS

Can I leave home if I am unsafe? How can I help my friend who is unsafe?

Do you know how to support someone impacted by domestic and family violence?

Is it safe for you to have a hard copy of this information in your possenssion?